Whether you’re looking for spiritual and emotional support – or you just want someone to talk to – discover a non-judgmental, inclusive friend and counsellor in Huron’s Chaplain.

He is here to help ensure our students are being well taken care of – emotionally, mentally and spiritually. When you visit Gary at the Wellness Centre, you will find a safe space and non-judgemental, compassionate listener who has countless years’ experience supporting students along their educational journey. Regardless of whether you are a spiritual or religious person, you are still welcome to seek refuge in Dr. Thorne’s office, so don’t be shy and find yourself, yet another, empathetic ally on campus.

Interested in visiting our Chaplain and unsure where to find him?  Please see below a campus map of where to locate the Wellness Centre. 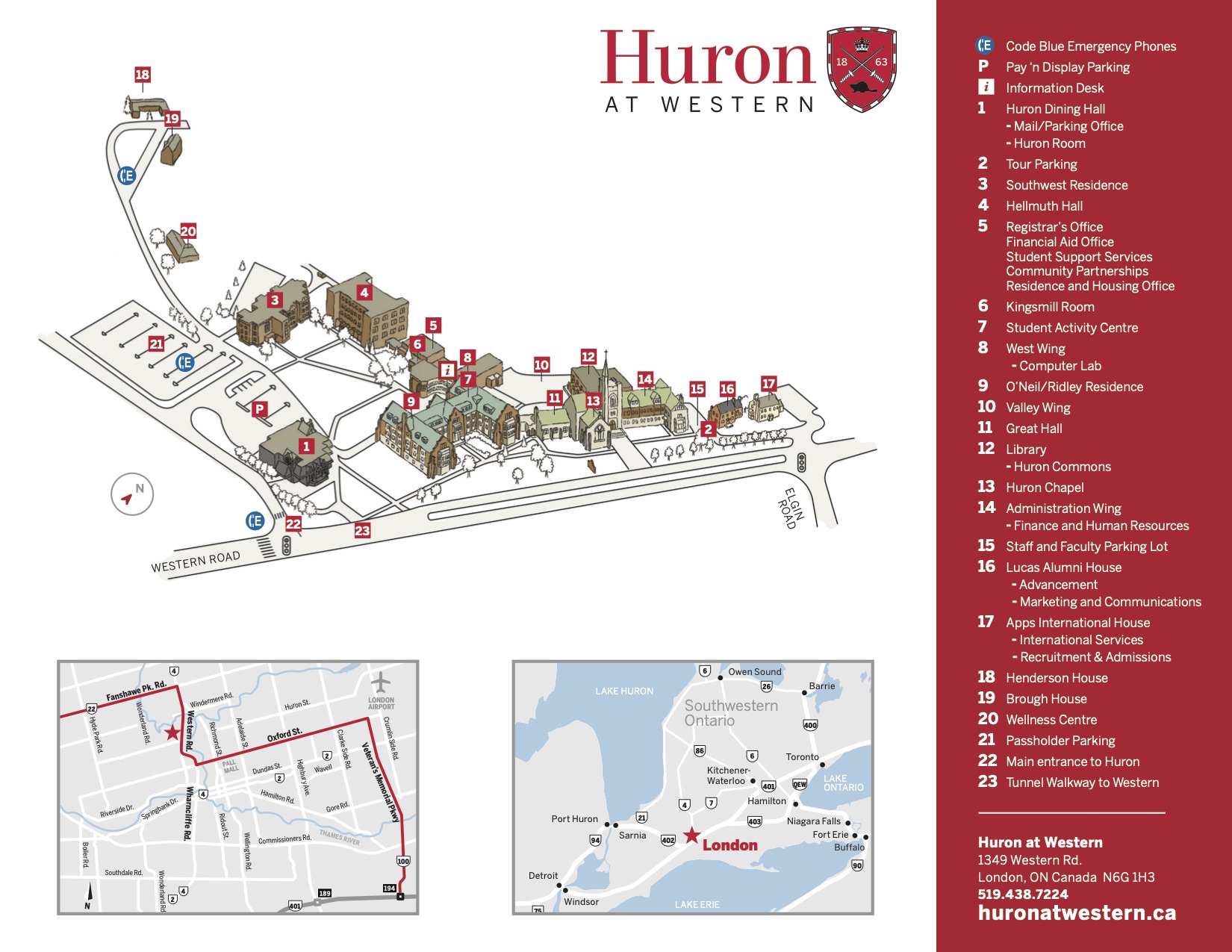 Check out our incredible Theology program!

A little about the Rev. Dr. Gary Thorne

A proud east coast Canadian, Gary comes to us from the University of King’s College in Halifax, where he has served as chaplain to both King’s College and Dalhousie University for the past thirteen years. His significant experience in university chaplaincy, and especially ministry in a multi-faith context, positions him well to take on the role of Chaplain to Huron’s students, faculty and staff.

A passionate advocate for social justice, Revd. Dr. Thorne has served as a Board member of the Halifax Metro Non-Profit Housing Association, which is an advocacy group for the homeless and those living on the street. He has also served on the Board of the Stepping Stone Association, an advocacy organization for men and women in the sex trade. Additional service has included being on the boards of Metro Welfare Rights, the Halifax Association of Community Living, Phoenix House Services for Youth, and many others. He has also been involved, since its inception, with the Halifax Humanities Program, a university-level program offered to those living in material poverty or with chronic psychological distress who have little or no access to traditional post-secondary education.

He is retired with the rank of Lieutenant-Colonel from the Canadian Armed Forces, having received several decorations as a result of his service, including a tour with the United Nations Observer Force in the Golan Heights. Revd Dr. Thorne is the recipient of three honorary doctorates, as well as the Queen Elizabeth Golden Jubilee Medal and the Queen Elizabeth Diamond Jubilee Medal.